Wow, time has flown by! It feels like I just got here yesterday, but my trip is already 5 days on its way!

It started off a bit frustrating: when I wanted to check in at Schiphol Airport, they denied me check-in because I didn’t have proof of onward travel.. in other words: I either needed a return ticket home or a ticket out of Thailand.. So while standing next to check-in, we managed to find a cheap bus ticket to Cambodia at a random date and booked that. After showing this confirmation to the check-in lady, I was finally allowed to actually go on a plane and start my trip! How is that for starting off full of encouragement right?? But it all worked out fine, I even managed to change the bus ticket I bought so I can actually use it to go to Cambodia when I’m meeting up with Ellen in April!

So then you get to Bangkok.. You’re kinda prepared for it, but still you’re definitely not! Bangkok is crazy! I took a taxi to my hostel… it wasn’t rush hour or anything, but traffic was still crazy: mopeds and motorcycles just rushing through traffic everywhere, one big maze of vehicles and noises and smells: crazy!

I got to the hostel and it was heaven! Bodega Hostel is absolutely the best hostel I ever stayed in, and that’s saying a lot! Great people, really helpful and cool and all in all just an amazing vibe! The first night I was simply jetlagged so I didn’t do anything but eat at the hostel bar, buy water at the local 7-eleven and sleep.. Oh and I made a funky toothbrush! I had an excellent meal with turmeric (in Dutch: Kurkuma) which is really good, but it apparently leaves a lot of coloring behind.. so when I brushed my teeth hours later the whole toothbrush turned yellow.. and it has a blue handle.. so now I have a funky blue and yellow toothbrush.. just so you know 😉

The cool thing about Asia is all the different means of transportation: your regular taxi, bus, metro, skytrain, but also tuktuk, bemo (mopeds) and ferry.. and that ferry is nothing like you would expect, it’s so cool! A simple, long boat with rows of wooden seats and tarps hanging on the side of the boat, that passengers need to hold up to make sure they don’t get wet from oncoming traffic.. Hilarious!! They even manually lowered the roof of the boat whenever a bridge was too low to cross.. and you just step on and off when you feel like it, and a guy walks around the outside railing of the boat collecting fares.. It’s all so simple but effective!

There’s just so much to do in Bangkok that it’s hard to make a decision.. I stayed for 3 days and ended up seeing one temple (Golden Mountain, really pretty with an excellent view over the city), one backpacker district (Koh San Road), one red-light district (Soy Cowboy) and 3 different street markets.. Those markets were crazy.. The regular food markets are OK, they’re like you would expect when you go to a random festival, just a little more basic.. but then came the fresh market.. that had everything fresh that you can imagine.. literally: fruit, fish, meat and all butchered on the spot! There were smells everywhere, from great to awful! Waste water ran down the streets, mostly smelling of freshly cut fish.. So insane!

But when you think you’ve seen it all: wait till you get to the weekend market! Apparently that place has over 800 stalls, all condensed into little crisscrossing streets: a big maze. At first you see the usual food stalls and souvenir shops, but then you get to the animal section. They sell just about any animal you could think of as a pet: rows and rows of puppies, kittens and tiny rabbits, but also cockatoos, tortoises, monkeys and even a fox (for about € 1.000,- it’s yours). It starts of sweet and adorable, but after a while the sight is just so depressing that you really don’t want to be a part of it and don’t want to encourage any of those people to put such beautiful animals in such small cages.. in Europe it would be totally unacceptable but for Thailand this is apparently normal.. Definitely a small part of Asian culture that I don’t like..

But then you walk back to the hostel and cross Soy Cowboy (the red-light district) and you’re in a whole new meat-market. It’s hilarious to see old white men hitting up young Asian ladies to a point of being just simply sad. And the cool part: for the first time in my adult life I could walk through a bar area without 1 single person even acknowledging my presence, let alone talking to me: white women are absolutely not interesting in that neighborhood. We are also not allowed to go into certain massage salons.. what do you think happens in those places??? 😉

You know, I’m really not a city-person.. not at all.. But Bangkok kinda grew on me! I liked the vibe and the freedom of it, I liked the simplicity and easiness… and I even accept the fact that every tourist gets scammed at one point or another.. (I overpaid for my taxi twice, it just happens) All in all I have to see I think Bangkok is kinda cool! But I’m also glad to be on route to the beach 😉 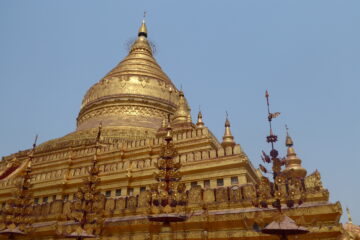