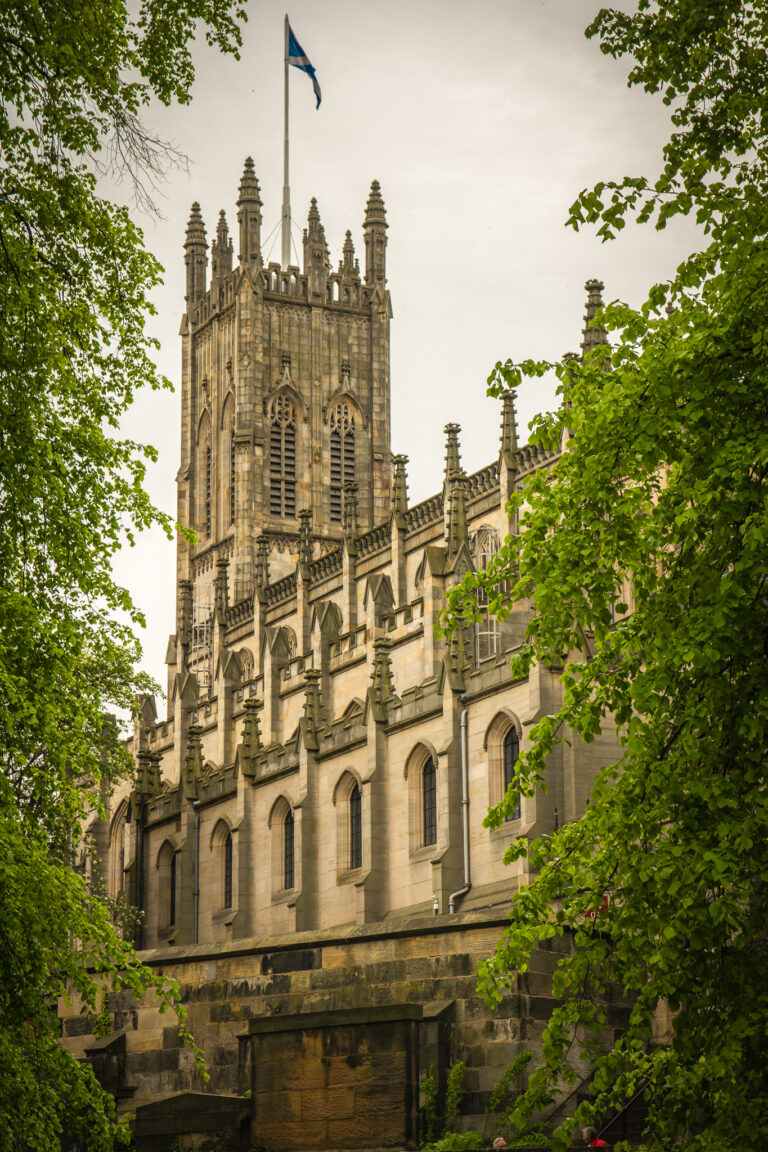 Me and my friend Wim wanted to go on a motorcycle holiday, somewhere in Europe. We had loads of choices, but I’ve always had a soft spot for places like Ireland and England. And of course, also Scotland.

Luckily for me, Wim liked the sound of going to Scotland as well, so we came to a consensus pretty quickly.

The next question was: how do we plan to get there?
(We could’ve also questioned WHEN to go, but I don’t think 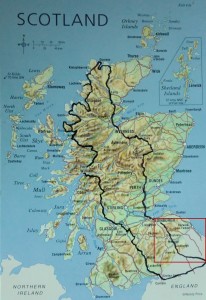 there is ever a time in Scotland that there’s no chance of rain at all, so we didn’t bother with that one)

From the Netherlands, there are several ways to get to Scotland. You can drive down to Calais, France and go through the tunnel. You can fly there, but then you wouldn’t have your own vehicle or motorcycle, which is kind of a necessity if you’re planning to do a road-trip… You can also take a ferry to one of the English coastal spots and then drive up to Scotland from there.

We decided to do the latter. We booked a DFDS ferry from Ijmuiden to Newcastle. It was a short drive to get to Ijmuiden and Newcastle is pretty far up the coast: it’ll only take you a few hours to drive to Edinburgh. Perfect solution!

The ferry docked in Newcastle early in the morning. The weather was nice and we immediately took off in the direction of Edinburgh. We didn’t even need to adjust to driving on the other side of the road: there was so much traffic from the start that it was pretty much automatic (until the first time we had to leave an empty parking lot.. that was touch and go for a second).

We made our first stop at the Scottish border. Of course you want to prove that you’re in Scotland and the crossing on the A68 is perfect for taking pictures! A lot of tourists stop there, so of course there is also a bagpipe player trying to earn a buck by selling CD’s. Too bad he was only pretending to play live bagpipe, he was actually playing a CD instead. We only noticed because he took a sanitary break while we stood there, and somehow his tunes kept going 😉 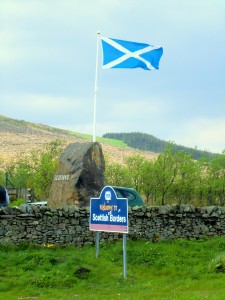 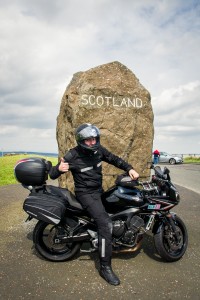 There are a lot of nice views when you drive up to Edinburgh. Or at least, they’re nice and impressive if you haven’t yet seen the rest of Scotland. On the way back they’re not that special anymore 😉

We arrived in Edinburgh at around 2 p.m. After we 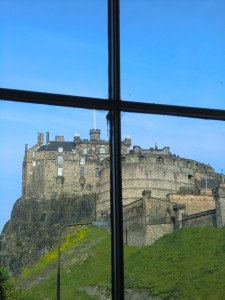 managed to park our bikes (in our defense: we only drove against traffic for about half a mile), we checked in to the Castle Rock Hostel, which is across the street from Edinburgh Castle (obviously). The hostel was great! Excellent atmosphere, wonderful view and good facilities.

We cleaned ourselves up and went out to discover the city. There’s a little coffee place on the Grassmarket that seemed nice. When we walked in we found that it was actually run by a Dutch lady. So the 3rd person we met in Scotland was Dutch.. Seriously??? The Dutch are EVERYWHERE!!

After our little Dutch break we walked around town. There was a festival on the Castle grounds, which made for a very merry atmosphere. There was also plenty of foot traffic in the old town. That part of the city looks amazing! You really get the feeling of going back in time and there are gorgeous sights around every corner. 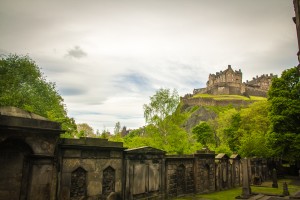 For diner we went back to the Grassmarket. Plenty of pubs there that serve decent, reasonably well-priced food with great ale.

It was an absolutely relaxing day and definitely a great way to start our Scottish adventure!

And a big thanks to Wim for his amazing picture-taking abilities!!

The horrible history of Cambodia