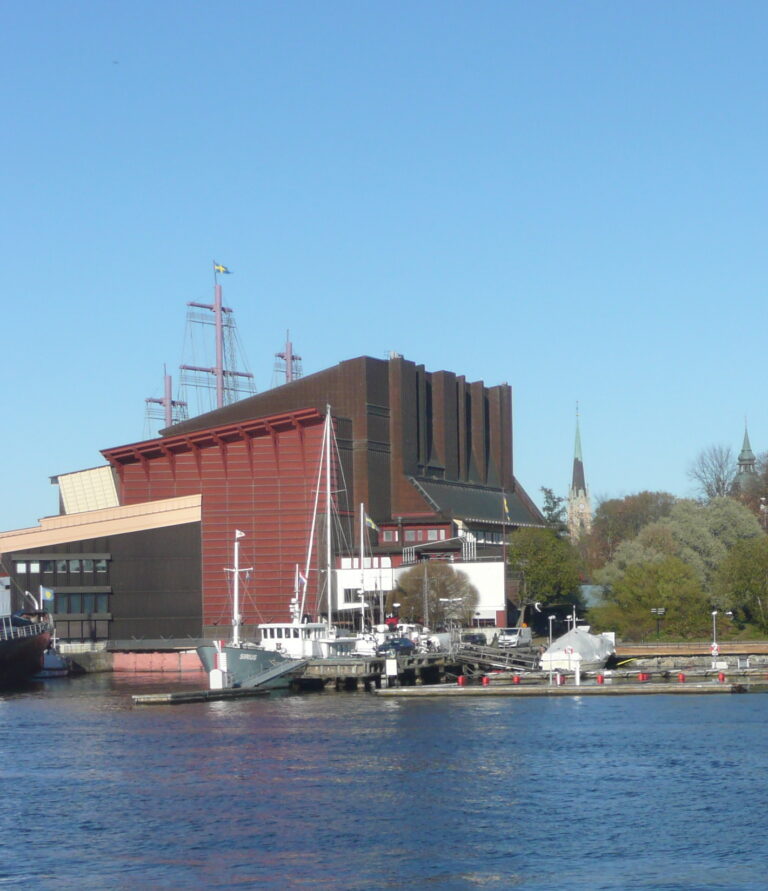 There are numerous museums in Stockholm. If you’d have to choose one: go to the Vasa museum: it will blow your mind!

Stockholm is an amazing city with plenty of things to see and do. We decided to spend a couple of hours of our time visiting one of the many museums.

First we decided to go to the Nordiska Museum. Why? Because it’s a really beautiful building…

If it looks good from the outside, it has to be good on the inside as well right? Well…. I think not..

It’s a museum on Swedish cultural history, which apparently 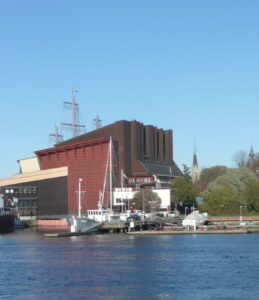 really isn’t my thing.. It took us about an hour to see all of its exhibits AND get a cup of coffee.. I guess that says it all!

So we had a little time to spare.. Believe it or not, but I actually walked into a colleague from home on the steps of the Nordiska Museum. SERIOUSLY?? You’re about 1000 miles from home and you run into someone you know?? Does that mean you know too many people, or does it mean you didn’t book a long enough flight? 😉

My colleague had just been to the Vasa Museum and recommended us to go there as well. That was by far the best advice in a long while!

The Vasa Museum is just around the corner from the Nordiska Museum, so it was easy for us to go there. We decided to follow my colleagues advice and paid the entrance fee without knowing anything about the museum whatsoever.

Imagine this: you stand in line and pay your admission fee at the register.. you then walk into an air controlled room where you wait for the doors behind you to close, before you can proceed. You then round the corner and are confronted with an actual, real, 172 feet tall, 126 feet long VIKING WAR SHIP!! 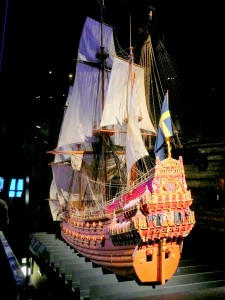 Oh my god: you just can not imagine how enormous and impressive that is! Absolutely amazing!

The ship sank in 1628 and was somehow preserved because of the water condition. It was salvaged in the 1960’s and after restoration put on display in the museum.. Or actually, they first put the ship on the dock and then built the museum around it. Apparently that was easier.. Go figure..

Can you imagine living 400 years ago and seeing this ship (in it’s full size) sailing towards you to go to war? I’d surrender in a heartbeat!

The ship in and of itself is great to see, but for the full Vasa-experience they’ve built a multi-story exhibit around the ship, displaying the life as it would have been on board. They show weapons, reconstructions of living quarters and even reconstructions of skulls found when they salvaged the ship. I just can’t stress how amazing this place is! Even the restaurant there has amazing food!

(I’m not gonna post any pictures of the actual ship because I don’t want to be a spoiler. I suggest you go and see for yourself)

What to do in London?