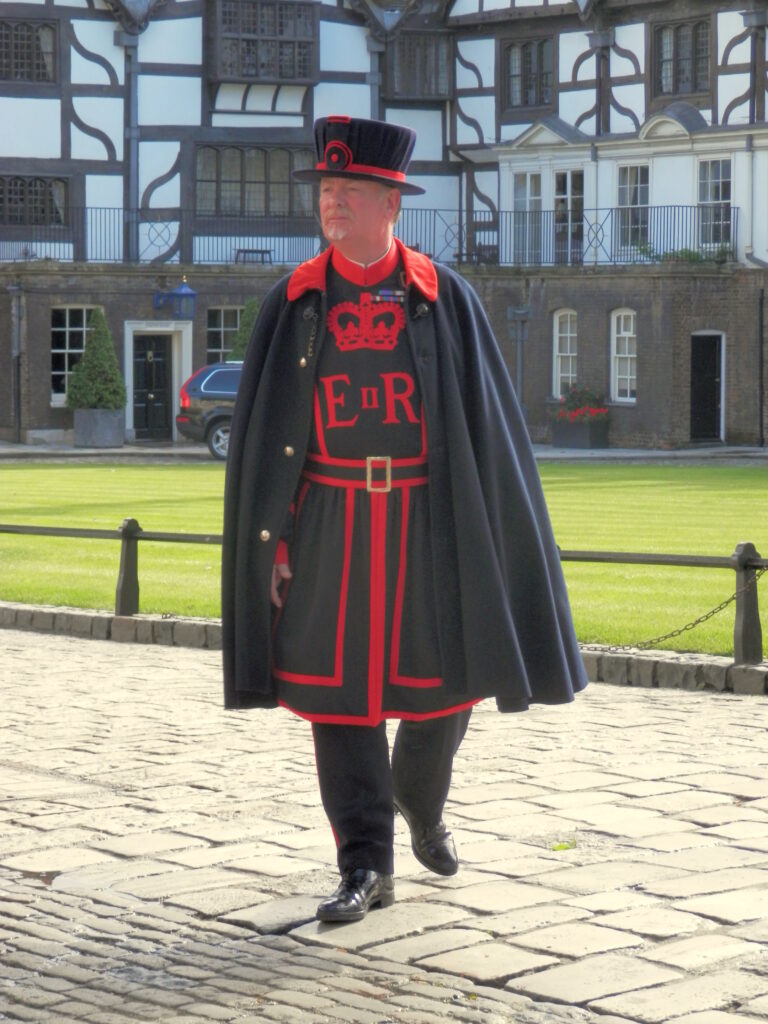 The Tower of London is one of the premier sites to visit when you’re
doing the whole ‘I’m-a-tourist-in-London‘ thing. 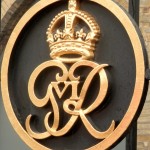 If you want to go there, be sure to keep the rest of your afternoon clear: there is so much to see that you’ll easily spend a lot more time there than you’d anticipated.

What I like about the Tower of London is the fact that a lot of different aspects of its history are highlighted. Not only the royal and glamorous stuff, but also the darker and nastier side. 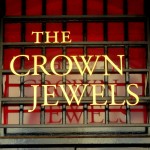 There are 2 parts of the complex where you can actually see the crown jewels: the official part of the tour where the ‘real jewels’ are kept under lock-and-key, and the part where they keep the secondhand pieces. These are the crowns of previous royals where they took out all the gems and stones, to be recycled into new crowns and jewels. The only thing on display there are crown carcasses: what was once pretty, is now a leftover to be stowed away in a tower on the edge of the complex. Yes, it is guarded, but
clearly has lost most of it’s value for the public. I guess it’s 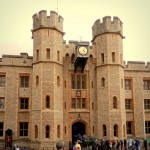 The real (current?) crown jewels are on display in the center of the complex. You’re not allowed to take pictures of these jewels and most of this tour is on a conveyor belt where you’re not allowed to stop and linger at any of the display cases. It’s still gorgeous to see and impressive to imagine having the privilege to wear them. But can you imagine that in a few decades, a new king could decide to want his own crown, and that the current crown is
taken apart to have all the gems fitted into a new one? And that the 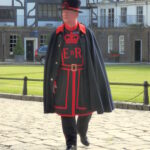 carcass of the current crown would end up with the rest of the carcasses, on display in some tower, only a mere shadow of what it once was?

I would suggest to visit the real jewels first, and then head up to the corner tower to see the former crowns. After seeing the real ones, you might be able to imagine these carcasses in better days, in their former glory. I think that would have been really impressive! 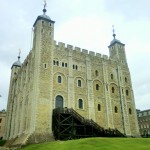 Torture at the Tower

What’s really not that impressive, is the exhibition called ‘Torture at the Tower’. During the guided tour you hear a lot of talk about how people used to be tortured at the Tower, about how cruel it was etcetera. It makes you curious to learn more. But don’t expect to actually learn more from the exhibition, because it’s as limited as an exhibition could be.

You’re better off spending your time on the grounds, checking

out all the different animals recreated in steel wire, or by heading towards the prison cells to see the creative way prisoners decorated their accommodation back in the day.

Also worth seeing are the exhibitions in the White Tower, which contain items from a kids’ size full armor to a coin collection and an array of weapons, some partly blown apart when put to use. 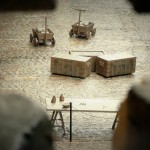 I think there is something worth seeing here for pretty much anyone, no matter where your interests lie. So if you are in London, just take a few hours to check out the Tower, you’ll enjoy it!

North Thailand: between temples and dust