It’s been a long time since I’ve written anything on my blog.
Mainly because I was busy: busy travelling, busy with work and play, and busy with not wanting to spend time behind a computer writing 😉

My last real blog was a reflection on the first 10 months of travelling.. By now, I’ve added another 7 months to my trip, but I haven’t really told you anything about it. And I’m not gonna 😉
It’s an impossible task to tell you everything, but I figure I can at least share the better stories.

So let’s change the set-up of my blog. In stead of writing about my daily routine (which no one wants to hear) let’s change it into story time.

Today on the first chapter: the story of how I got to Marble Bar, Australia.. 🙂

A couple of years ago, I spent a holiday on the East coast of Australia. I wanted to see another part of the country this time around. So I flew to Perth, Western Australia. The few days I spent there were horrible.. Well that might be a bit of an overstatement, but it was a big come down from my worry free time in Asia.

Coming from Asia, nice and warm, I came to Perth, where it was about 18 degrees at the time, which is pretty cold compared to the 30+ I was in for the previous 8 months! I wasn’t prepared for that. I also wasn’t prepared for the absolute difference in backpacker mentality. Travelers I met weren’t really travelling; most of them were working or looking for work.

The worry-free existence that you have in Asia, where everything is cheap and within reach is very far away from the insanely high prices in Australia. A backpacker cannot survive here for a long time without either a trust fund or a job, and that shows in how people behave. They are on edge when looking for a job, worried and stressed because their money is running out.. And when they have a job, all they do is work.. They pretty much live in a hostel where they’ve built up a relatively normal life with relatively normal friends. No more necessity to meet new people or to socialise.. So when you arrive in a new hostel, there are hardly any people interested in meeting you, because you don’t fit in their routine. Not very welcoming!

Anyway, like all the other backpackers I quickly realised that I really needed a job, and I didn’t want to stay in Perth. I’m not a city person anyway and my first impression kinda turned me off of Perth specifically. I got in touch with a job agency that did outback placements. They rang me up a couple days later and offered me a job in a place called Marble Bar. I didn’t really ask any questions, but just agreed to take the job. I didn’t really know what I would be doing or where I would be going.. I just had to book a plane ticket to a place called Port Hedland, and someone would meet me at the airport to take me to Marble Bar.

So that’s what I did: booked a flight to Port Hedland, leaving in 3 days. I spent the remainder of my time in Fremantle on the beach just to get the wind in my hair before I got to the outback, and flew to the North of Western Australia. Port Hedland airport is tiny. I followed the rest of the passengers out to the arrival hall (more like a big shed than a hall) where an old guy in tattered clothes and a ruffled old cowboy hat was waiting and in a raspy voice half shouted: “So, you Irene??” Yes.. Me Irene..

I didn’t realise that the airport was a 2 hour drive away from Marble Bar.. Do you know how awkward it is when your new boss picks you up and you have to sit in a truck together for 2 hours when you have nothing to talk about? I tried all the interesting questions about the outback; about the flood roads; the cows along the way; were we gonna see any kangaroos? But judging by the response I got, he just seemed to think I was a silly little girl who knew nothing about this world. “Why would you want to see kangaroos while driving? You’re likely to run into them and cause an accident..” Oh, sorry…

After about an hour we finally found common ground when I asked him how he came by the roadhouse. He said he’d bought it at an auction, and I asked him if he was drunk at the time. Apparently, that was the right thing to say (and a pretty accurate estimation of the situation). He finally started talking about a lot of things, and the remainder of the drive went by pretty fast.

We pulled up into a dark lot with a couple of accommodation units, and opened the door to my room with double bed and my very own bathroom, fridge and air-conditioning.

The next morning I got up and had a look around. We were on the outskirts of town. The town itself seemed to hold about 150 people.. it was 40 degrees outside and there was nothing but dry red hills as far as the eye could see.

Oh boy, what did I get myself into?? 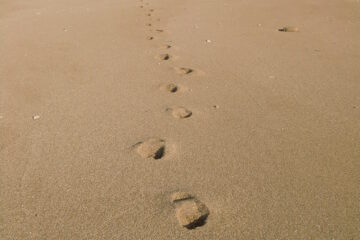