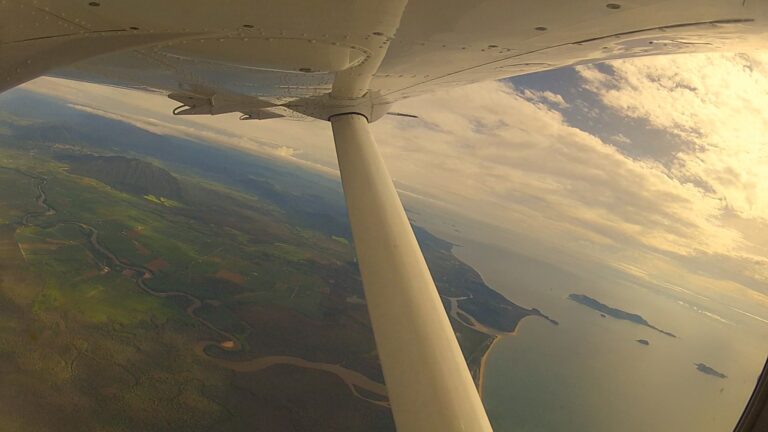 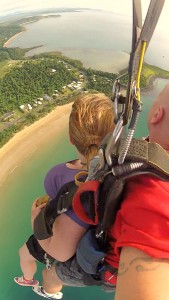 that kinda resembles a bucketlist.

For me it’s not a fixed list, and I don’t plan to ever run out of things I want to do or see, or to ever complete the list.

I think of a bucketlist as a guideline for spending time and money, an overview of ideas to choose from when I’m trying to decide what to do next.

When I  started the list, one of the first things to be added was doing a skydive. No details or conditions that needed to be met.. just a skydive. It could be anywhere, at anytime. But it was on the list and it would stay there until I had reason to cross it off the list.

So at some point you find yourself in Australia, a country I like to call “an adult’s playground” because of all the cool and weird and exciting things you can do there. Among other things an excellent location for a skydive!

When you’re travelling the Australian East coast, there are plenty of stops more exciting than Mission Beach. It’s a nice enough place, but not really spectacular. Except when you have a skydive you want to cross off your list!

The skydive at Mission Beach is said to be the most beautiful skydive in Australia. In this case I can at least confirm that it is a stunning skydive. Is it the most beautiful one? I don’t know.. there are a lot of sites I’d have to visit before I can confirm or deny their claim.. But it is beautiful! 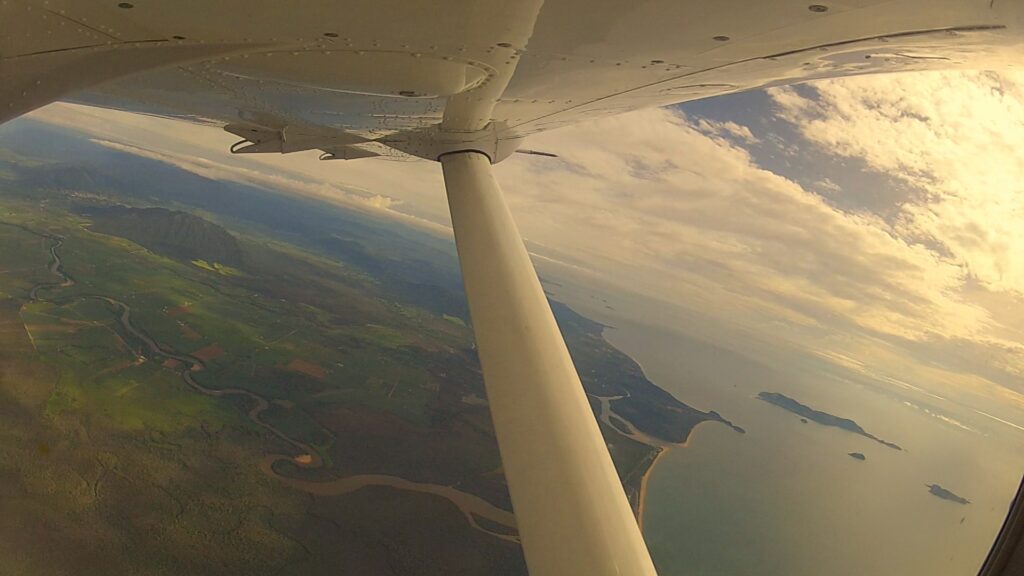 When you get to their shop, you first get all the mandatory safety instructions and are introduced to your instructor, all in view of a camera. (In case you want to purchase a video later on, and trust me: you’ll want to) Then a group of 8 people with their instructors are ushered into a van to be brought to the air strip.. You’re starting to get a bit more nervous.. 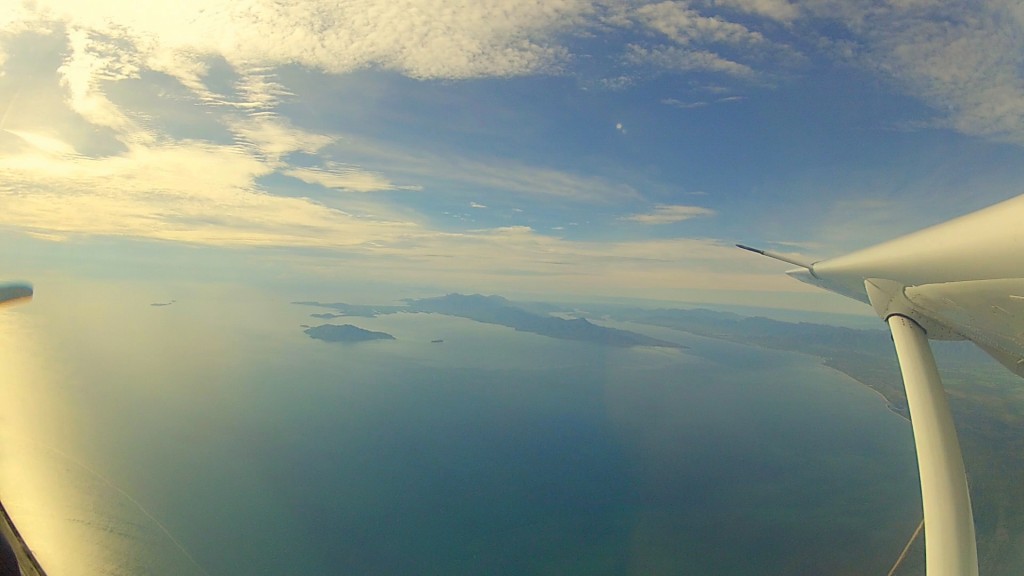 Then you have to get on the plane where you’ll be attached to your instructor.. and your nerves increase some more..

Only a few minutes later you’re up in the air, being flown to the drop off location.. The cool part of a skydive at Mission Beach is that you fly over the Great Barrier Reef and will land on the beach.. Amazing! But when you’re still in the plane, waiting to be kicked out, it’s hard to really appreciate the beautiful scenery surrounding you. You’re being distracted by your nerves.. You’re trying to suppress them, trying to not let them show.. Calm your breathing and try to relax.. That works for a few seconds, until the doors open. Shit! People are actually jumping out of this plane! 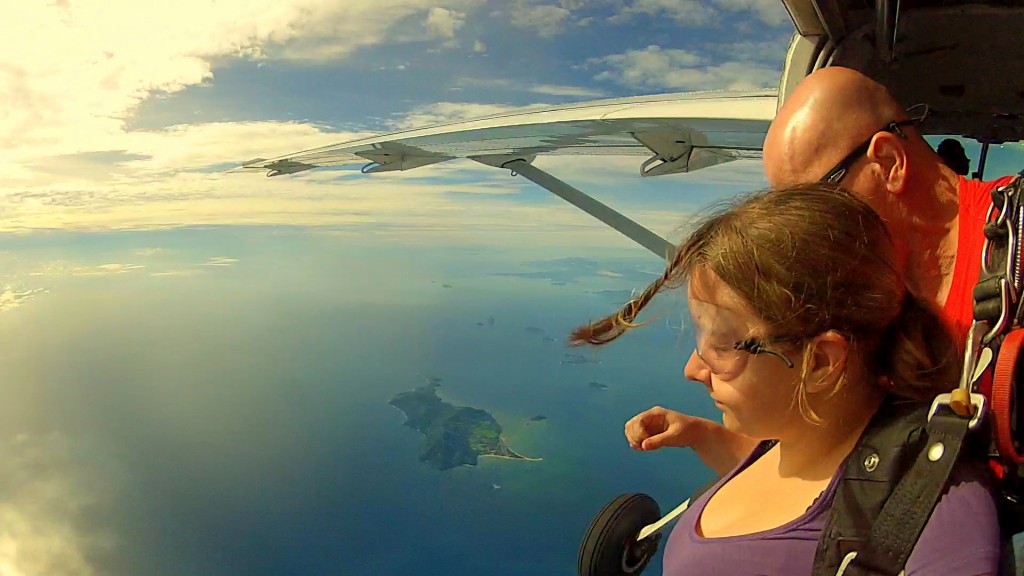 If you’re last in the line, it feels like eternity before your turn is up.. You awkwardly wriggle to the front of the bench and onto the ledge of the plane.. And before you have a chance to be scared or take in your surroundings, your instructor pushes off and you’re falling through the sky.. I can’t say that skydiving is a very comfortable thing to do. The air around you is cold and stings your skin and if it weren’t for your glasses, you wouldn’t be able to keep your eyes open. 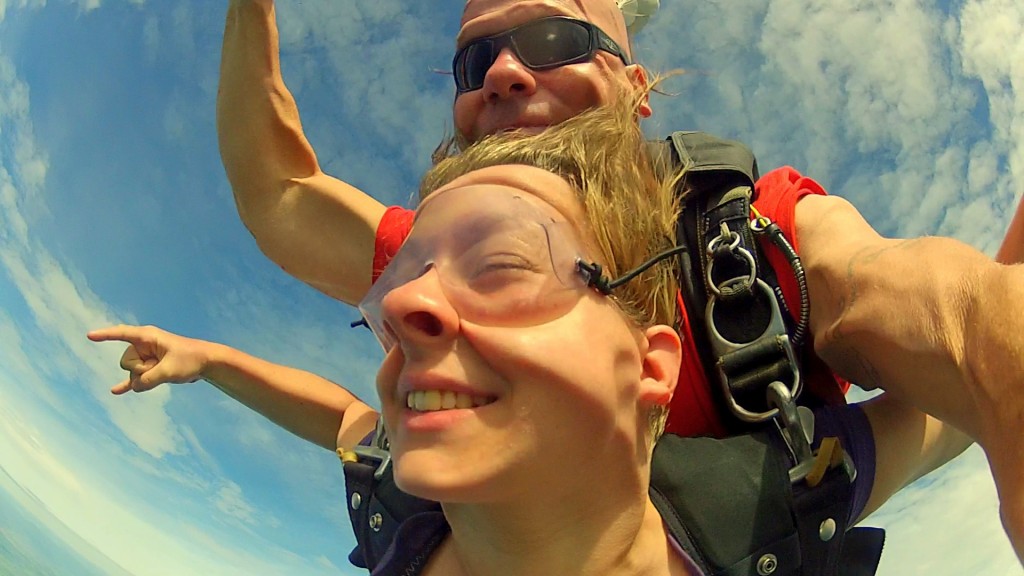 But it’s all over in a heartbeat. You’re dropped out of the plane at 14.000 feet, which should give you a free-fall of about a minute, but it seems to be done in 10 seconds. Then the parachute opens and you mosey on down… You finally have the opportunity to really enjoy your surroundings and take in the views. 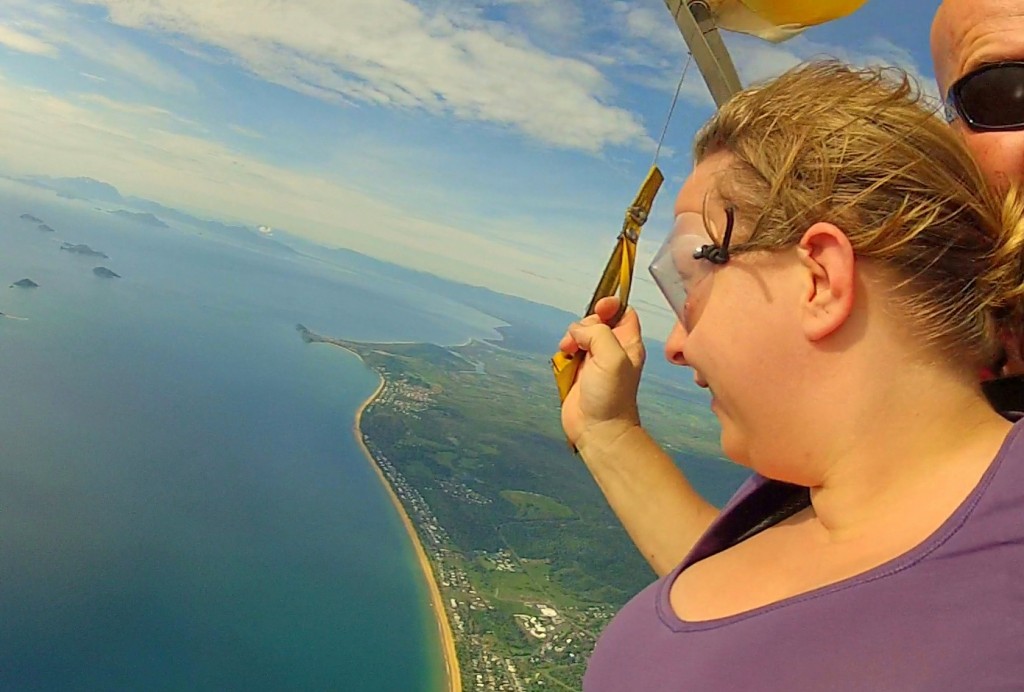 If you’re last out of the plane, you can see the other parachutes land in front of you, so you’ll know where you’re going.. you’ll see the beach come closer and closer, until your instructor indicates that it’s time to pull up your legs for the landing.. And then it’s over.. 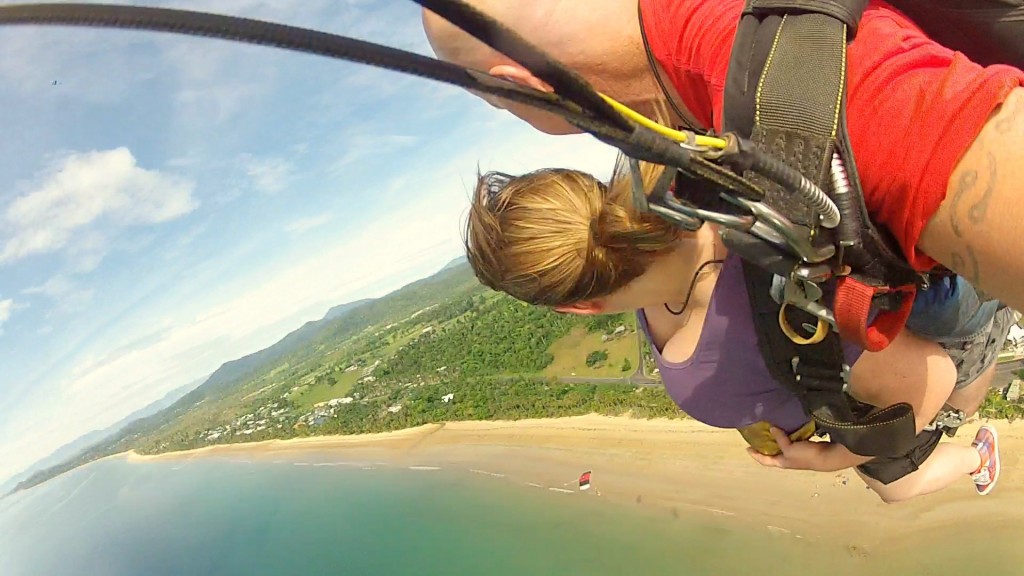 But it’s not really over, now is it? The adrenaline is still coursing through you, and for the majority of the day you still feel a bit queasy and hyper and you can’t really focus on anything else around you.. Did you really just jump out of a plane at 14.000 feet, over the Great Barrier Reef, to land on a beach? Really? Feels unreal!

But fortunately you’ll have proof on video to be able to cross another item off your bucketlist! 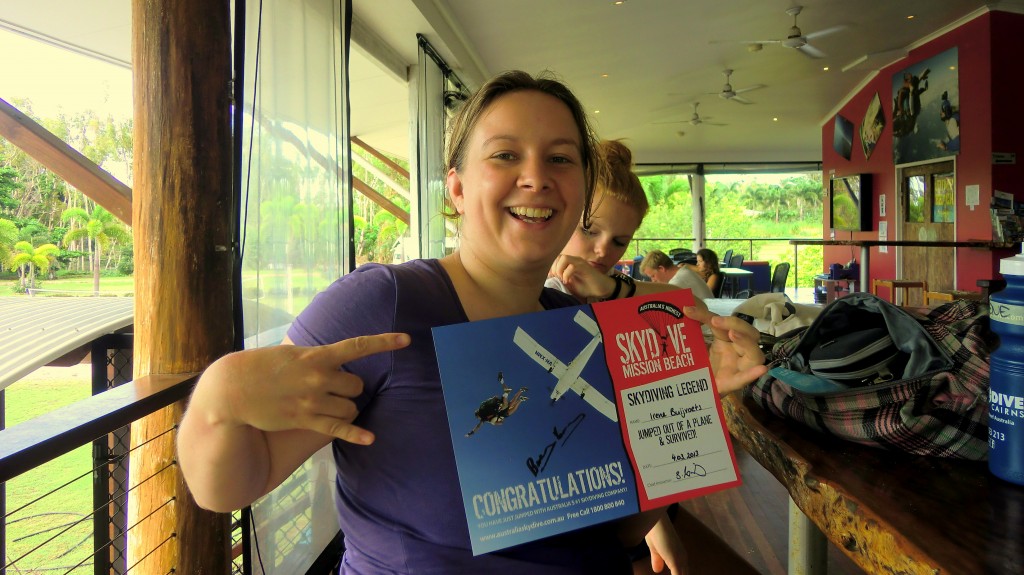 Bad press of Disneyland Paris is not that bad