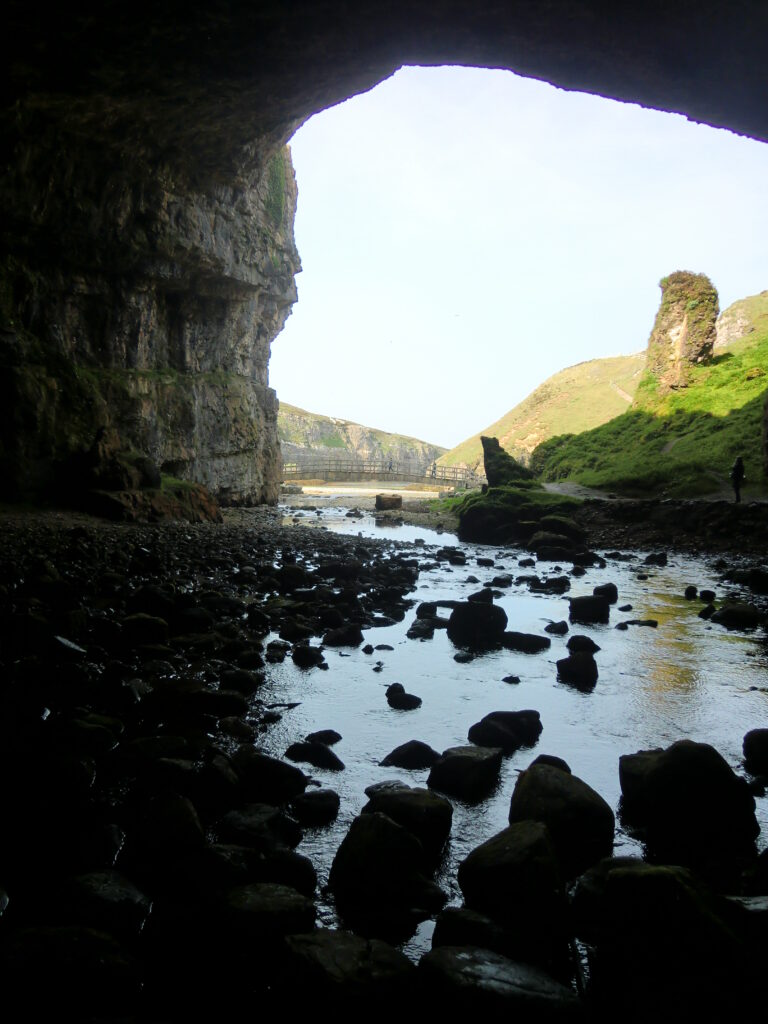 Smoo cave is a cool, hidden location on the Northern 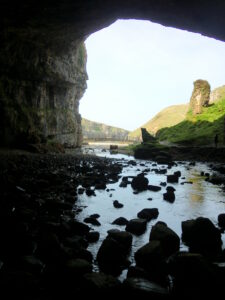 If you don’t know it’s there, you’ll pass it without paying attention. It has a small parking lot and picnic area by the road, but otherwise it doesn’t really seem altogether interesting.

But actually, it really is!

Smoo cave is a cave (as you might have guessed).. Not just any cave though. It’s a cave at water level, surrounded by cliffs and joined by an underground waterfall. To getthere. you’ll have to follow a path 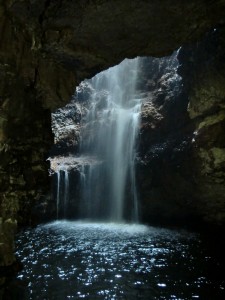 down the cliff side.

Once in the cave, there is usually an opportunity to take a small boat out towards the waterfall, but this depends on the presence and sobriety of the local ‘tour guide’ and the number of tourists willing to do this.

If not, there is always the walkway which leads into the heart of the cave and gets you pretty close to the waterfall anyway.

Smoo cave isn’t a big tourist attraction or anything, but it is a nice way to spend a little time for some variation from being on the road all day. 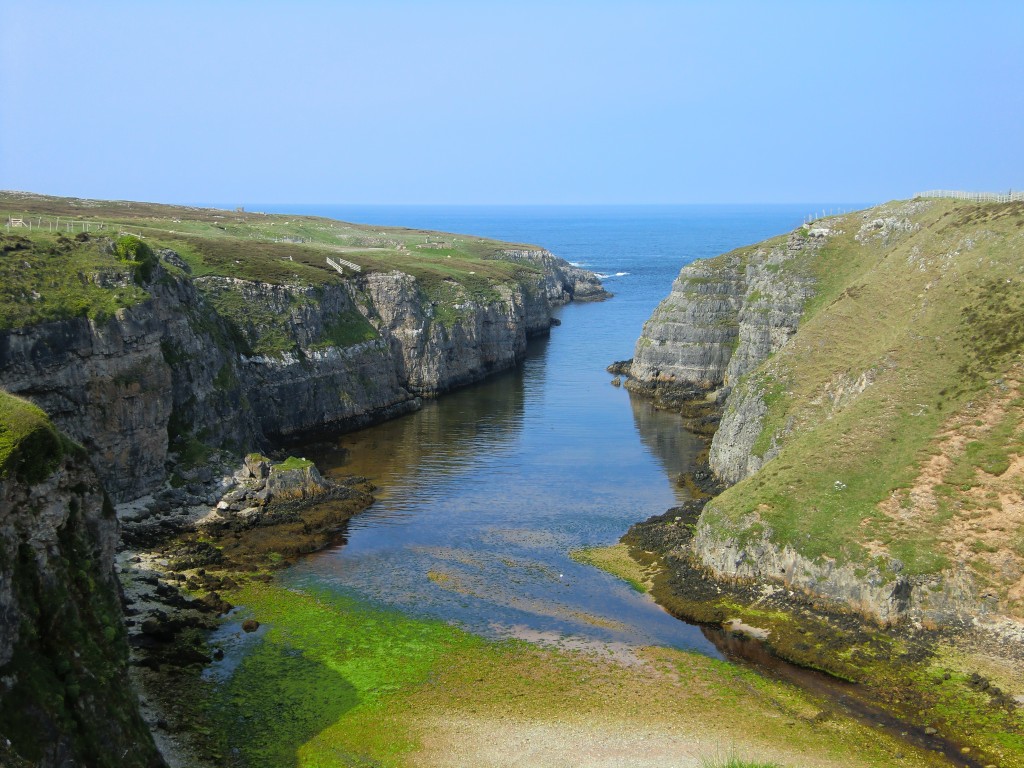